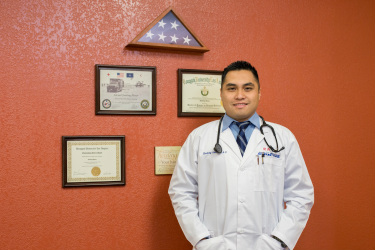 Xiaolong Alcocer is a licensed acupuncturist in the state of California he started his medical career in 2005 in the U.S. Navy as a Hospital Corpsman assisting in the care of sailors, marines and their families. He has worked in numerous military hospitals such as Naval Hospital Camp Pendleton, Naval Medical Center San Diego, and Role 3 Combat Hospital in Afghanistan where he assisted an Army physician in the treatment of pain using the battlefield acupuncture protocol. He is currently in the Navy reserves.

Xiaolong Alcocer is fluent in English, Spanish and Chinese (Mandarin).